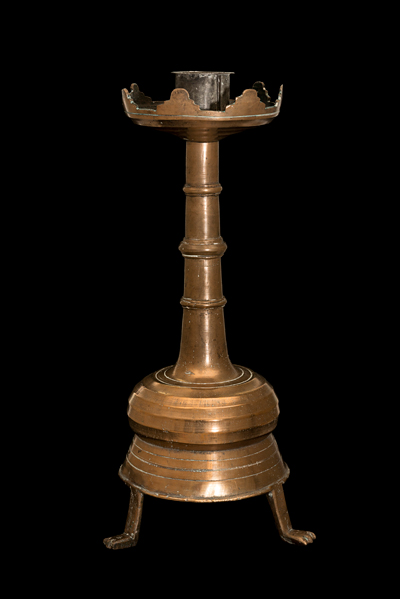 Two medieval candlesticks of a brass-like copper alloy, in Gothic style. They were probably made to be used on the church’s high altar.

The candlesticks stand on three feet shaped like animal paws. The bases consist of a bell-shaped bulge with horizontal lines. The base of the candlesticks supports a multi-tiered bulging waist. The shafts are straight, tapering slightly upwards, with three rhythmically positioned horizontal bands. The top consists of a bowl with stepped crenelations. This bowl served to trap molten wax dripping from the candles.

There are few medieval copper-alloy candlesticks extant today, but most churches probably had candlesticks of various metals on their altars. The lighting of candles served the practical purpose of illuminating the interior and the progress of the liturgy at the altar, but it also had several ritual functions and symbolic meanings. The lighting of candles is mentioned several times in Bible texts, which further underscored their great value in church, both on the altar and in front of images of the saints or on tombs.

The Balingsta candlesticks are hard to date, but their style, which if anything is Gothic, creates a presumption of their having been made sometime in the closing centuries of the medieval era. Stylistic dating of objects like these can be risky, however, in that antiquated styles were often reproduced long after they were first created. These candlesticks are still being used on the church’s altar, thereby instancing continuity in the use of some ecclesiastical artefacts. 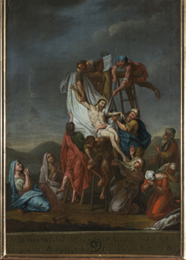 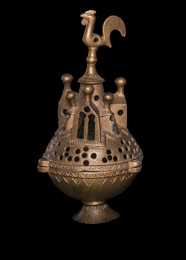 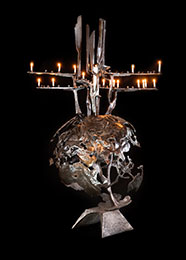