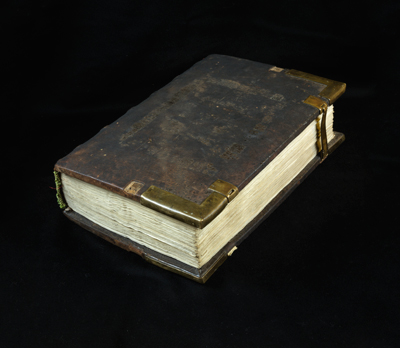 Bible made in Paris during the second half of the 13th century. Written and drawn by hand, probably in the workshop of Jean Grusch, Paris.

This Bible has wooden boards covered with black goatskin. The covers have metal corner bosses and a metal clasp. The text is in two columns, alternating between red and blue lettering. Each book of the Bible opens with a historiated initial depicting a figural scene. The books also has a large number of purely decorative initials with no figural scenes. In addition to the biblical text, the contents include a Hebrew wordlist. The initials of each new alphabetical section are richly decorated. Numerous pages and illustrations are missing, having been cut out of the book. The illustrations are distinguished by the great wealth of detail and are often clearly related to the texts which they introduce. The figures explain, through attributes and actions, what they are supposed to portray.

Complete medieval Bibles like this one from the Archbishop of Uppsala are very uncommon. Their usefulness was very limited, and they were mainly intended for display rather than reading. The Bible texts used in the medieval Church were mostly commented excerpts, and these were rare assembled into a complete Bible. This Bible was purchased in Paris during the 13th century. A large number of Swedish priests were educated in Paris, returning home with numerous manuscripts. This kind of illuminated, decorative Bible was probably sponsored by a wealthy family of the nobility, because it was very expensive to produce. We do not know, however, who presented this Bible to Uppsala Cathedral. 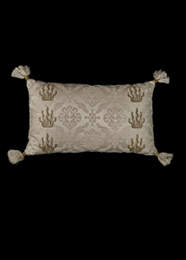